Look up to the sky Joan Cheesecake 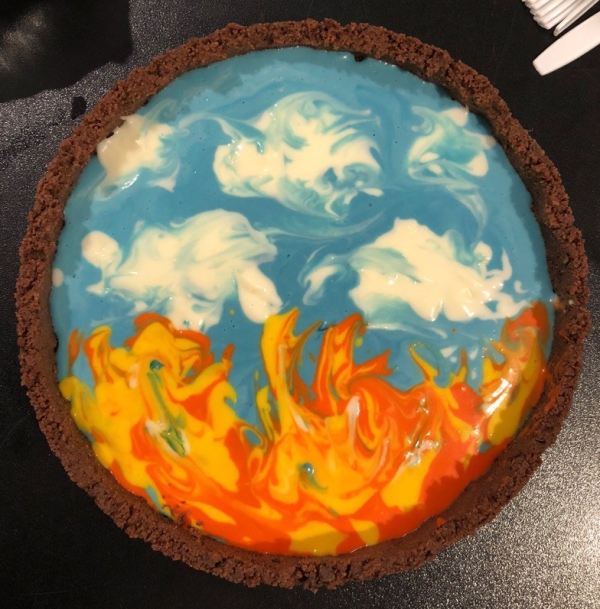 Oh my, oh my – hasn’t our beloved Backstage Baker has outdone himself?

First, apologies for the long hiatus, but after closing OTHELLO in the Park, James took the summer off to recharge and celebrate a milestone birthday in Italy!  On returning, he plunged right into rehearsals of MOTHER OF THE MAID  a play by Jane Anderson that examines the Joan of Arc story from the perspective of her mother.  And when her mother is played by Glenn Close — well, you have an incendiary evening of theater.  Click here to try and buy tickets.  (Would it be too punny of me to say this is a hot one?)

The cake above was created by James for the company’s first Wine and Unwind after opening.  (Before then, he assured me, he had been baking recipes we’d previously blogged.)

Here’s the recipe, in James’ own words:

This originally came to me as a “Galaxy Cheesecake,” and the beauty of this cooked-but-not- baked cheesecake is that you can actually paint with the batter. I have used darker food coloring and made it look like a starry night sky. I also made this during the production of PLENTY to mimic the dappled sky on the set.

Here, the inspiration came from the lines in the second to last scene of the play where Isabelle is comforting her daughter Joan. She talks about St. Catherine telling her to look up to the skies before she feels the flames.  (And let me tell you, this scene is heartbreaking.)

Look Up to the Sky Joan Cheesecake

12 oz cookies- crumbled and ground fine in the food processor.  (Oreos are great for doing a starry evening sky. I used gluten-free chocolate cookies this time because some of the company is gluten free. They also make a lighter crust. Tate’s makes some of the best gluten free cookies. I also like to used dark chocolate cookies to better frame your cheesecake.)
4 oz (1 stick) melted butter

You could use this technique with other colors to create all sorts of paintings.

Refrigerate the cake for at least two hours — then get ready to serve up some slices of edible art! 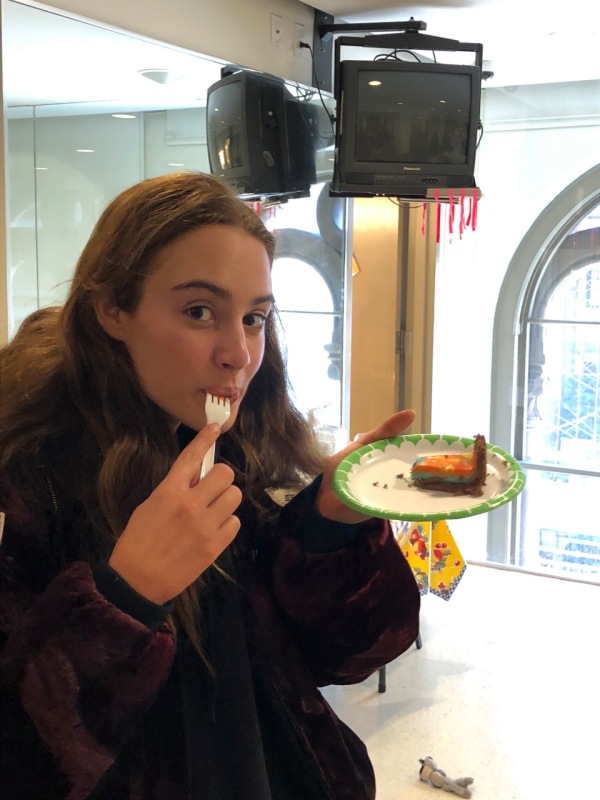 One thought on “Look up to the sky Joan Cheesecake”