The Backstage Baker has gone Hollywood!  Well, sort of.  He’s in San Diego at the Old Globe Theater stage managing a new musical called Rain.  (Read more about it here.)

It seems only fitting, and just a little bit naughty, to share this recipe for Cherry Brownies, herewith renamed “Sadie Thompson Brownies,” that James served at his first Wine and Unwind for the cast and creatives of Rain at the Old Globe Theatre in San Diego.

Now Rain has had a long and storied history both onstage and on film.  Based on a scandalous 1921 short story written by Somerset Maugham about a prostitute named Sadie Thompson and the missionary who rapes her (okay, I’m taking gigantic liberties with the intricate plot)  it first premiered as a Broadway show in 1923 with Jeanne Eagels starring as Sadie Thompson. (Lee Strasberg called her Sadie “One of the great performances of my theater-going experience . . .  An inner, almost mystic flame engulfed Eagels and it seemed as if she had been brought up to some new dimension of being.”  This from the man known as the Father of Method Acting!)  In 1928, Gloria Swanson produced and starred in the silent picture version called Sadie Thompson.  Joan Crawford and Rita Hayworth also starred in later iterations of this story.

(For those of you who want to know, the wine was a Sangiovese with a hint of cherry.)

Preheat oven to 350 degrees . Grease a 9 x13 inch pan and then dust with cocoa powder for extra chocolatey-ness. (You can use flour instead if you prefer.)

In a large bowl, stir together the cocoa and baking soda. Add 1/3 cup vegetable oil and boiling water. Mix until well blended and thickened. IT will get thick!  Stir in the sugar, eggs, and remaining 1/3 cup oil. Finally, add the flour, vanilla and salt; mix just until all of the flour is absorbed. Add the cherries. Spread evenly into the prepared pan.
Bake in the preheated oven for 35 to 40 minutes, or until a toothpick inserted into the cake comes out clean. Allow to cool before cutting into squares. 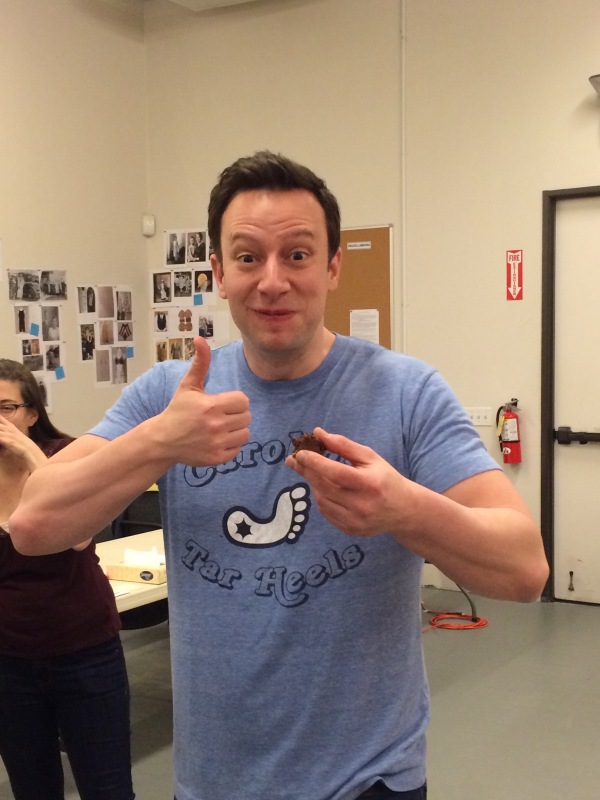 The actor Tally Sessions who plays Alec MacPhail. Costume research in the background. 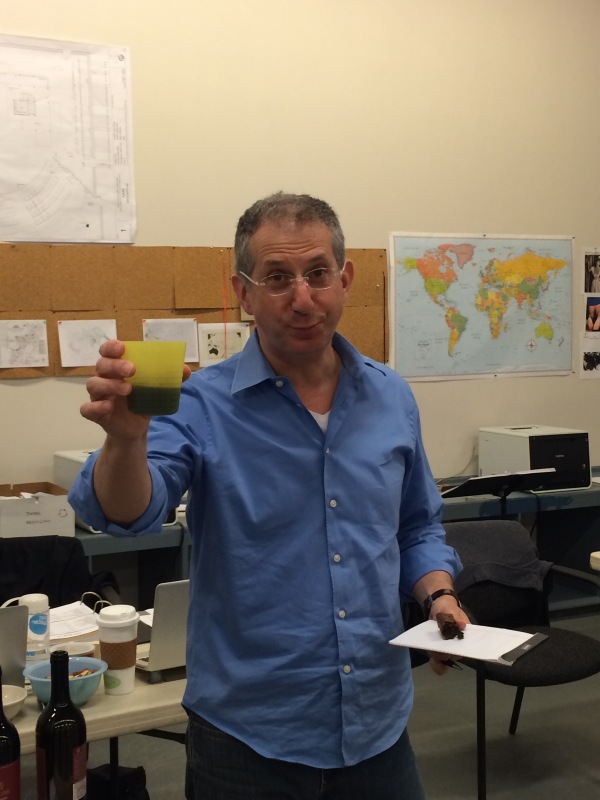 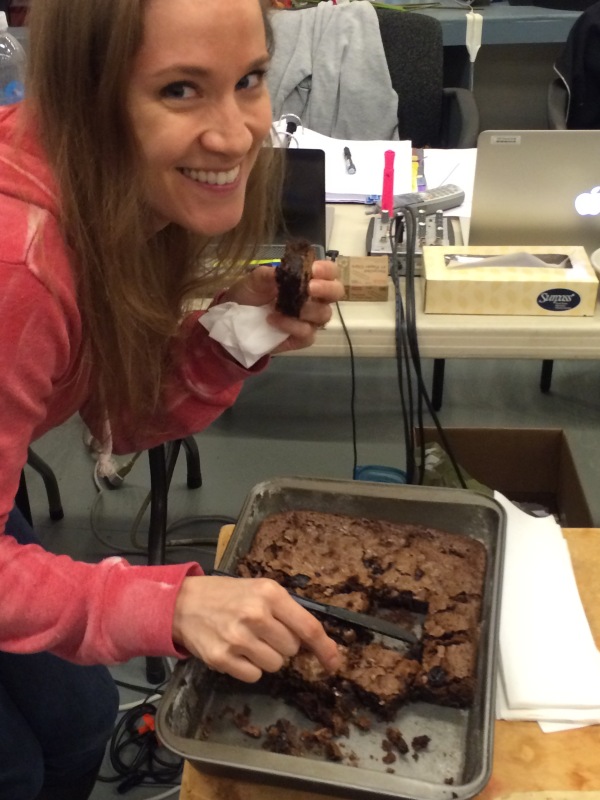 The actress Betsy Morgan who plays Louisa MacPhail and the pan of disappearing brownies. She was recently in Michael John LaChiusa’s FIRST DAUGHTER SUITE at The Public.