Our Backstage Baker outdid himself on this one!  He’s been sitting on this recipe since Christmas, but just hasn’t had the time to bake it.  So, last Saturday, after getting home from Hamilton at midnight, he baked the following for the next day’s Wine and Unwind. (Have I mentioned that our Backstage Baker only needs about two hours of sleep a night?)   Coincidentally, there was a marriage proposal onstage after the show on Sunday, so the Valentine-red bars were perfect!

In other news, Hamilton is moving to Broadway!  Look for a July 13 opening at the Richard Rodgers Theatre. Here’s the New York Times review & David Brooks’ recent editorial raving about the show. Who knew these gentlemen were such fans of the rap?

2.  Line a 9×13 inch pan with aluminum foil.   Spray the foil with cooking spray so that the bars easily lift out and are easy to cut.

3.  In one bowl, whisk together flour, cocoa, salt, and baking powder. Set aside.

4.  In another bowl, cream the butter and sugar until light and fluffy.  Beat in the eggs, vanilla, and food coloring until combined.

5.  Mix in the flour mixture gradually until a soft dough forms. Press into the bottom of the 9×13 inch pan. Bake for about 20 minutes until the edges start to pull away from the sides and a toothpick entered into the center comes out clean. Allow to cool completely before frosting. 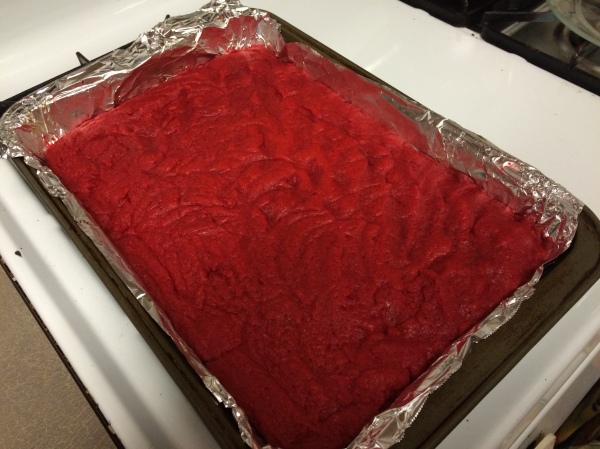 The red velvet base 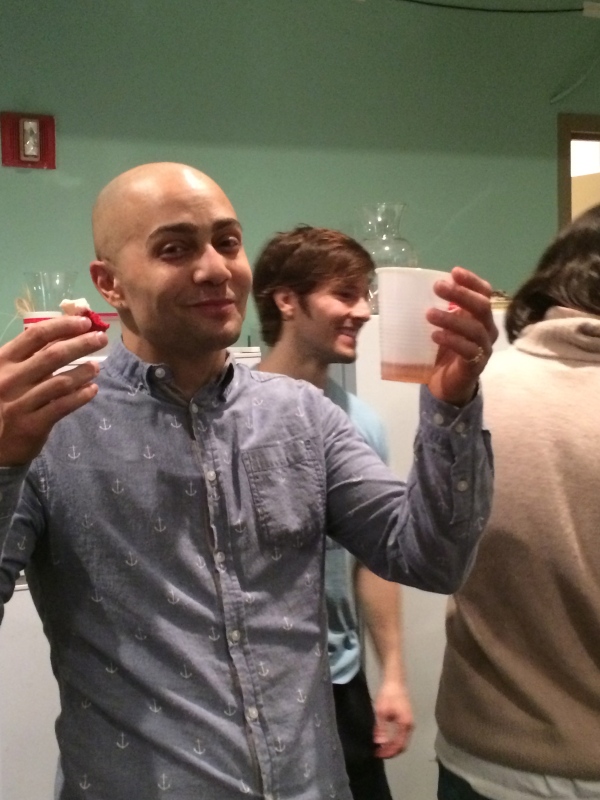 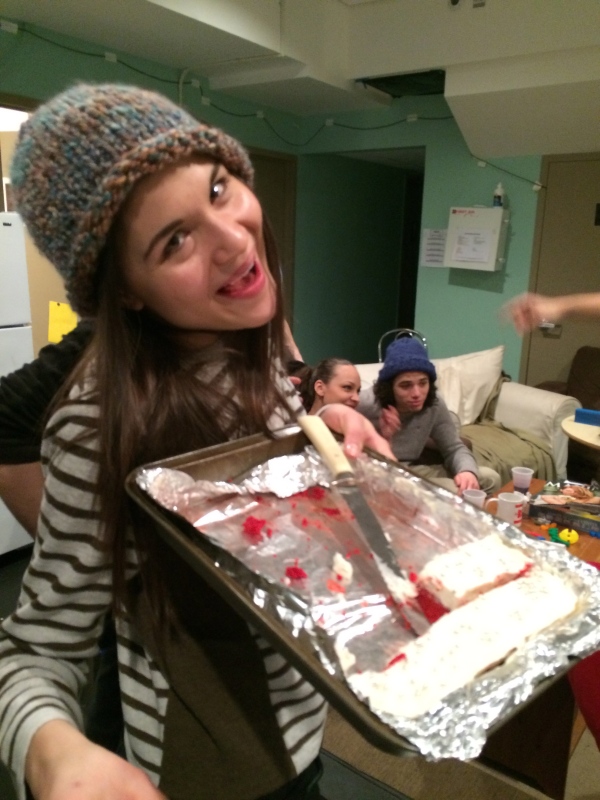