James is deep into rehearsals for Henrik Ibsen’s “Master Builder” at the Brooklyn Academy of Music.  He promises to share some recipes for fabulous Swedish treats as soon as he can think of some.

In the meantime, we still have some divine cheesecake recipes to post from James’ Cheesecake Bake-off . . .  This one was a BIG winner for Lori Wolter Hudson, the assistant director on “Who’s Afraid of Virginia Woolf.”  She came in second place for the overall prize,  and won the categories of ORIGINAL FLAVOR, CRUST and the Virgin prize for BEST FIRST EFFORT.  I think it sounds inventive AND simple! 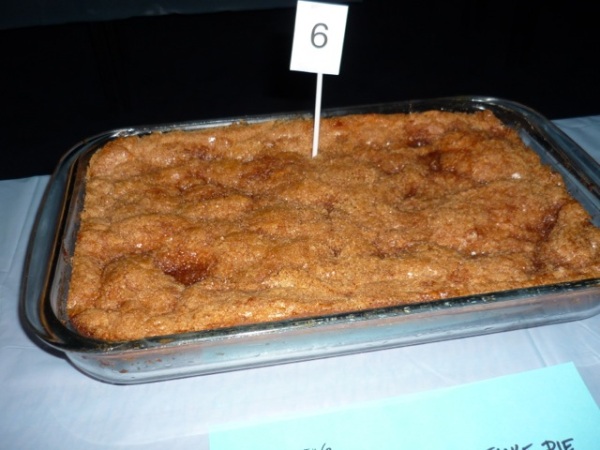 SOPAPILLA CHEESECAKE PIE
INGREDIENTS:
2 (8 ounce) packages cream cheese, softened
1 cup white sugar
1 teaspoon Mexican vanilla extract
2 (8 ounce) cans refrigerated crescent rolls
3/4 cup white sugar
1 teaspoon ground cinnamon
1/2 cup butter, room temperature
1/4 cup honey
DIRECTIONS:
1.  Preheat an oven to 350 degrees F. Prepare a 9×13 inch baking dish with cooking spray.
2.Beat the cream cheese with 1 cup of sugar and the vanilla extract in a bowl until smooth.
3.Unroll the cans of crescent roll dough, and use a rolling pin to shape each piece into 9×13 inch rectangles. Press one piece into the bottom of a 9×13 inch baking dish. Evenly spread the cream cheese mixture into the baking dish, then cover with the remaining piece of crescent dough. Stir together 3/4 cup of sugar, cinnamon, and butter. Dot the mixture over the top of the cheesecake.
4.Bake in the preheated oven until the crescent dough has puffed and turned golden brown, about 45 minutes. Remove from the oven and drizzle with honey. Cool completely in the pan before cutting into 12 squares.

And now for the cheesecake shot: